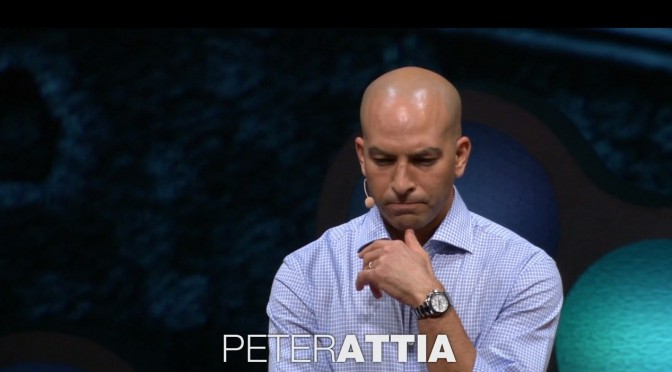 Should we not challenge all assumptions?  I never once questioned the conventional wisdom [. . . about the pathology of diabetes].  I actually assumed the pathological sequence was settled science.

You can think of insulin as this master hormone that controls what our body does with the food we eat; whether we burn it or store it.  It’s called fuel partitioning in the lingo? Insulin resistance is when cells become increasingly resistant to insulin trying to do its job.

Is conventional wisdom failing me and everyone else?

Despite eating well and exercising often, Peter Attia himself began to gain weight. He developed metabolic syndrome, a pre-cursor to diabetes in which a person becomes insulin resistant. He started to question the assumptions he and the majority of the medical community made about diabetes. He wondered: could it be that insulin resistance caused obesity and not the other way around? Could it be that, in the same way a bruise forms in order to protect the body after an injury, that gaining weight is a coping mechanism for a deeper problem at the cellular level?

“What if we’re fighting the wrong war—fighting the obesity rather than insulin resistance?